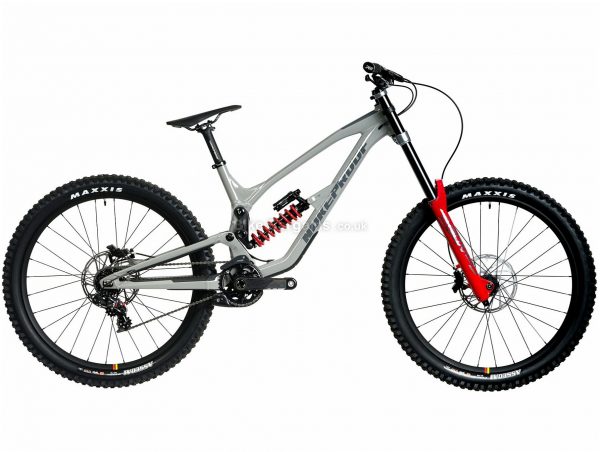 Is it on sale at Merlin?
or
View all my Mountain Bikes Deals

As far as I'm aware this Nukeproof deal is sold out.

Designed to make the most of every daring downhill run, this 2020 take on Nukeproof's dominating Dissent MTB has racing in its DNA.

Constructed in conjunction with a number of the world's most prolific DH racers, the Dissent platform boasts podium-placing pedigree, thanks to Sam Hill's endeavours in the Crankworx Festival's Garbanzo Downhill race.

New and Improved Nukeproof Frame Centred around a sturdy and supportive frameset which keeps you poised and primed for the most exhilarating downhill dives, this 275 model has a simplified design to maintain a low weight and a stiffened front triangle for unrivalled handling.

A more progressive leverage rate for increased mid-stroke-support enhances the bike's pump efficiency, sets it higher in the travel and improves control in the corners as you hunt for silverware. Low-Weighted, High-Performance, Alloy Suspension Bike In a move away from the Fallout Linkage of its stablemate, the Pulse, the Dissent's rocker link is situated on the outside of the seat tube to minimise the frame weight while maximising the front triangle stiffness. The suspension platform also uses a push, rather than a pull link, reducing the loads and stresses on the frame, saving further weight and improving durability.

The Main pivot flip chips are fast and simple to change and offer a tailored factory set up for every rider. Top Level Componentry Coming complete with a custom hydroformed 6061 aluminium tubeset, a 63-degree head angle and 200mm of travel via the new Dissent platform, this bold and speedy Nukeproof leaves no trail unturned on its way to glory. A RockShox Boxxer Ultimate fork and a Super Deluxe Coil Ultimate DH RC shock take care of every bump and bang on the way down, while the SRAM XO1 7-Speed gives you the power and efficiency to climb right back up the mountain.

A reactive and powerful set of SRAM Code R disc brakes do a sterling job of reining in the Mavic Deemax DH 27.5" wheels and their Maxxis Assegai tyres, keeping you in consummate control of every rowdy ride on this devilishly daring Dissent.

You can see if it is on sale at Merlin

or if I have any other suitable Mountain Bikes.

Take me back to Product Details! 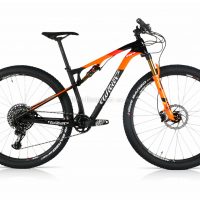 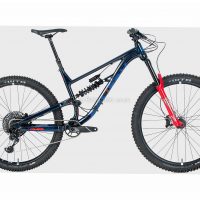 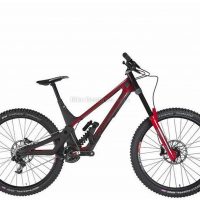 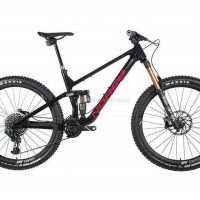 Or check out all of my latest mountain bikes deals.

Not convinced this is the right MTB for you? Check out my Mountain Bike page, full of my latest sale bikes - from 26" Alloy Hardtails to 29" Carbon Full Suspension Bikes, and everything inbetween - all searchable by size. Or for those of you who prefer tarmac, view my road bikes listings instead.